I (Theo Theloesen) met sensei Katherine Loukopoulos, during the WTKA Championships in Viareggio – Italy. I was present in Viareggio as a WTKA-referee and member of the WTKA Dan-grading Committee. The WTKA kata championships were organized in four style divisions: Shotokan, Wado-ryu, Shito-ryu and Goju-ryu. On the Goju-ryu tatami I had the honor to work long hours with Katherine sensei.

Katherine sensei performed the referee job with great enthusiasm. Her knowledge of Okinawa karate and also Okinawa Kobudo came to my attention. Katherine sensei devoted all her life to martial arts. She started training in 1969. For fourteen years she lived and trained in Okinawa, Japan (January 1986 – December 2000). Katherine sensei studied on Okinawa with Miyazato Eiichi, Yasuda Tetsunosuke, Uehara Ko, Uehara Yonekazu, Kamimura Takeyuki and many others.

Katherine was born in 1952 and spent her early years in Greece. Katherine moved to the USA at the age of fourteen. She started her martial training in 1969.

In 1976 Katherine became Bachelor of Arts in Anthropology at the City College of the City University of New York. 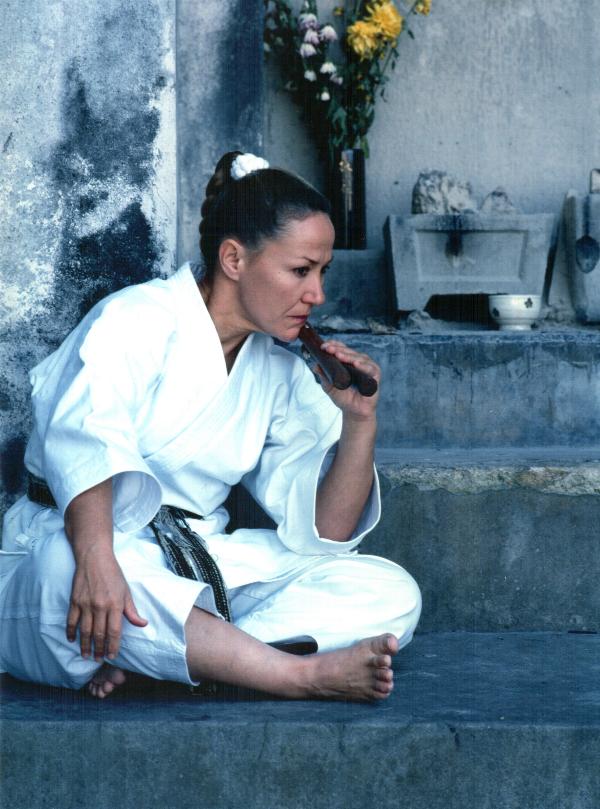 Katherine made her first trip to Okinawa and visited the Jundokan (headquarter of Okinawa Goju Ryu Karate-Do with chief-instructor Eiichi Miyazato) in December of 1982.

In 1997 Katherine participated in the World Karate and Kobudo Tournament on Okinawa and was a Gold Medalist in Bo-kata. 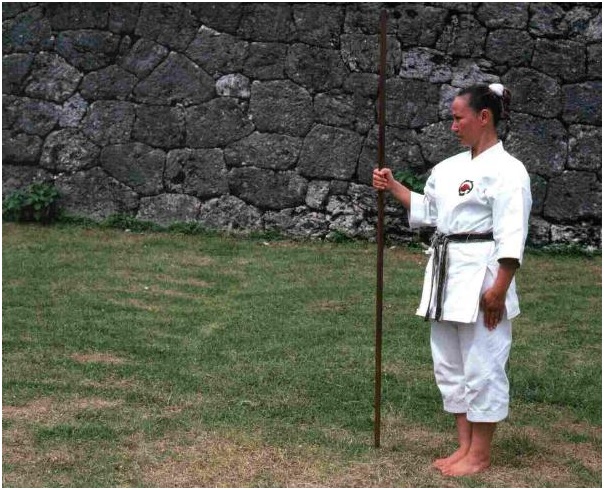 We use cookies on our website to give you the most relevant experience by remembering your preferences and repeat visits. By clicking “Accept”, you consent to the use of ALL the cookies.
Cookie settingsACCEPT
Manage consent

This website uses cookies to improve your experience while you navigate through the website. Out of these, the cookies that are categorized as necessary are stored on your browser as they are essential for the working of basic functionalities of the website. We also use third-party cookies that help us analyze and understand how you use this website. These cookies will be stored in your browser only with your consent. You also have the option to opt-out of these cookies. But opting out of some of these cookies may affect your browsing experience.
Necessary Altijd ingeschakeld
Necessary cookies are absolutely essential for the website to function properly. These cookies ensure basic functionalities and security features of the website, anonymously.
Functional
Functional cookies help to perform certain functionalities like sharing the content of the website on social media platforms, collect feedbacks, and other third-party features.
Performance
Performance cookies are used to understand and analyze the key performance indexes of the website which helps in delivering a better user experience for the visitors.
Analytics
Analytical cookies are used to understand how visitors interact with the website. These cookies help provide information on metrics the number of visitors, bounce rate, traffic source, etc.
Advertisement
Advertisement cookies are used to provide visitors with relevant ads and marketing campaigns. These cookies track visitors across websites and collect information to provide customized ads.
Others
Other uncategorized cookies are those that are being analyzed and have not been classified into a category as yet.
OPSLAAN & ACCEPTEREN
Ga naar de bovenkant